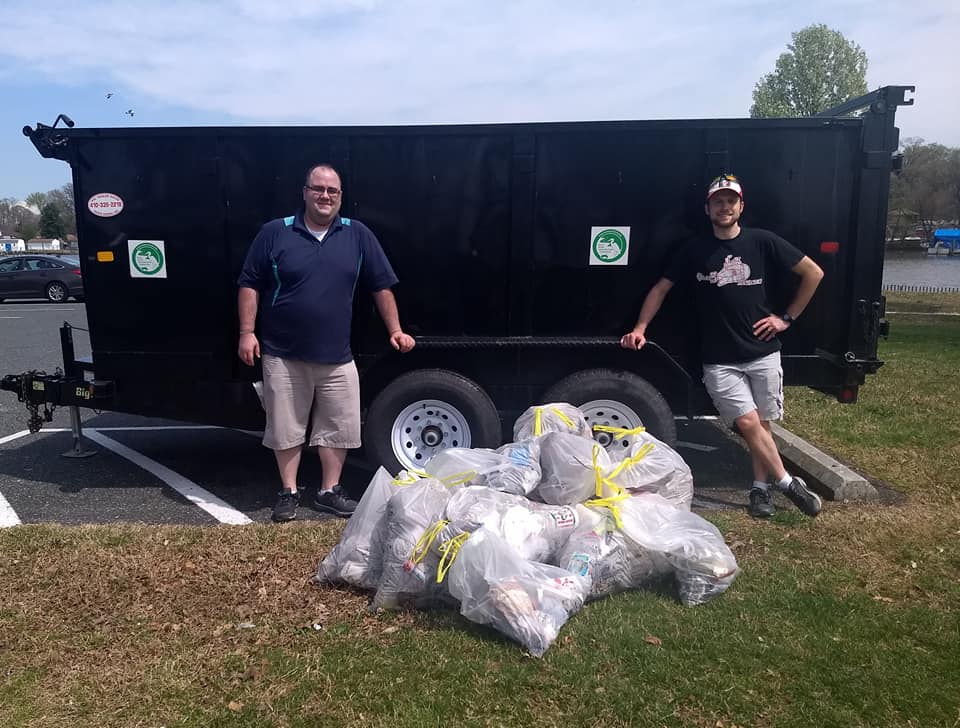 Who knew a walk in the park could be life-changing? For GVC’s 2022 Hero of the Green, Corey Johns, having access to local parks has shaped his career. Corey can trace his love of nature to frequent visits to Oregon Ridge Nature Center (ORNC) as a child; he is now an ORNC lifetime member. After working as a community advocate with the Sierra Club to craft and promote legislation to move Maryland to a clean energy grid, Corey was appointed to the Baltimore County Board of Rec and Parks by County Executive Olszewski in 2019 as an at-large member.

“I immediately noticed the lack of attention on the nature councils and have become the unofficial board representative for them. Some of the nature councils didn’t even know the board existed,” Corey explains. He has since been elected vice chair of the board (2021) and was recently re-elected to serve his second term.

He successfully translated his passion for parks into his current job as Chief of Staff for Maryland State Delegate Michele Guyton. During the Pandemic, they both noticed how much people wanted to be outside at our parks, but also how poorly equipped our parks were for handling such a large increase in foot traffic. Corey worked with Michele as she co-chaired a workgroup to help fix these problems in the Gunpowder Watershed (NCR Trail) as well as state parks across Maryland.  They also worked together to:

Perhaps what makes Corey an exceptional Hero of the Green is that his love for the outdoors clearly enhances all aspects of his life. In 2019, his friends organized his birthday party at Cox Point Park in Essex. Instead of generating trash, party goers spent time cleaning up garbage in the park in Corey’s honor! While COVID-19 understandably put a damper on social gatherings, Corey hopes to make his birthday park clean-up an annual tradition. We can’t think of a better way to honor such a successful champion of healthy lands, healthy waterways, and healthy communities within the Gunpowder Watershed.

Join us as we celebrate Corey Johns’ contribution to the Gunpowder Watershed at our annual fundraiser,  Evening Among the Trees, on Saturday, September 17th. Buy your tickets today before prices go up on September 1st!